Register for the 2019 2 Day Shootout and the optional Big Fish Bonus via the button below.
[Tournament registration opens in another window.] 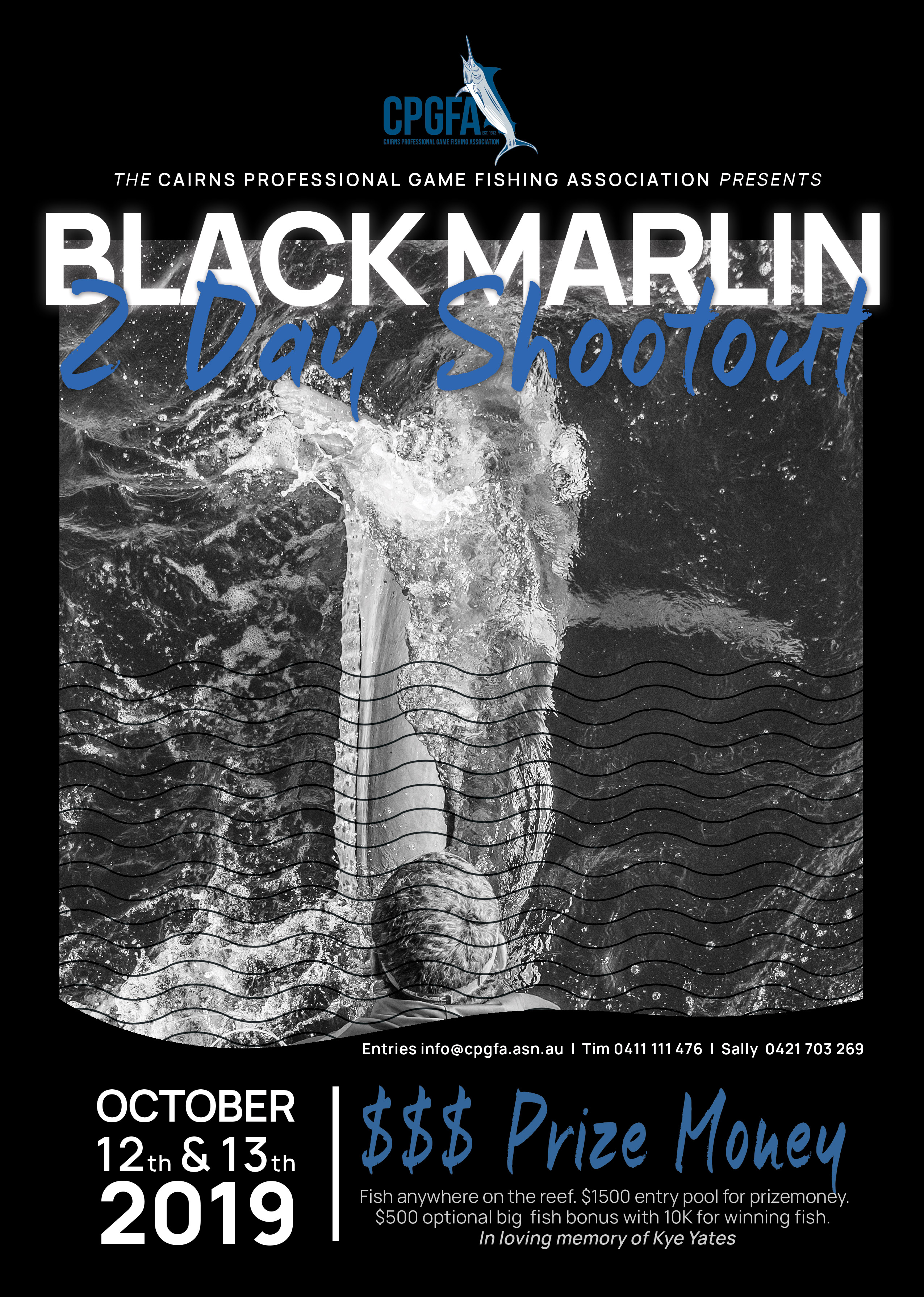 Leader must be in hand at time of release. Release time is when the fish has been (that’s right…) released.

Fish over 1000lbs only qualify for the big fish bonus (separate optional entry at $500+GST).  Also counts as 1000 points or 1 marlin release plus one point per lb over the one thousand pounds added to the teams score.

Only non-offset circle hooks may be used for bait.

The fishing area is east of the Great Barrier Reef, between the southern end of Channel Reef up to the northern most point of Jewell Reef.  Be aware of Green Zone rules/regulations.

Heavy tackle 24kg, 37kg and 60Kg only, that conforms to IGFA rules.

There is no line class point score. One release = 1000 points. Only marlin (blue, black and striped marlin) count towards point score.

Scoring for Big Fish Bonus – only fish over 1000lbs qualify for boats opting to enter the separate/optional Big Fish Bonus. Largest fish wins. Weight must be verified by a CPGFA member skipper other than the skipper on the vessel which caught the fish. Fish over 1000lbs also count as 1000 release points plus one point per pound over the mark. (1000lbs)

Team arrange their own boat and any related charter fees. Boats must be seaworthy and have public liability insurance. In case of bad weather, participation is the responsibility of the skipper.

Tournament judging will be by the CPGFA committee. Protests must be submitted in writing and in the hands of the judges by 1800 after final day’s cease fishing. Photographic evidence of releases will be required in the event of any protest.

The judges’ decision is final.

Fishing times will be 1000 hours to 1700 hours, Saturday 12 October and Sunday 13 October, 2019. All released or captured fish must be reported as soon as possible to Tournament Base and acknowledged. These times will apply for countback scenarios.

All anglers and crew should comply with the Cairns Professional Game Fishing Association ‘Code of Practice’.